What are the effects of CBD?

Each of these many active cannabinoids provides different forms of relief for patients. One of the most well-known properties of CBD is it is non-psychotropic, meaning it does not cause intoxicating effects like Tetrahydrocannabinol, also known as THC. In addition, CBD can help minimize the intoxicating effects of CBD. 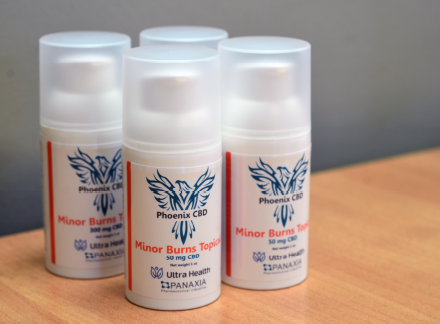 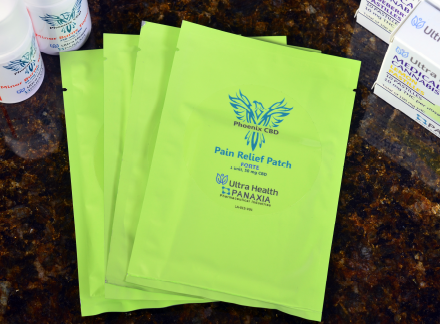 At Ultra Health, we offer a variety of CBD products for our patients including tablets, pain relief patches, minor burns topicals, facial topicals, massage creams and more. These products range in 5 milligrams to 300 milligrams of CBD. We also provide patients with products with a CBD and THC ratio. A full list of our available CBD products can be found on the menus under our dispensaries tab.

The research behind CBD

Research behind the medicinal effects of CBD is growing more and more each day. Studies so far have conducted relevant research on how CBD specifically affects anxiety, addiction, cancer, pain and seizures.

A 2011 study published in Neuropsychopharmacology showed CBD reduced anxiety in human subjects presented with the challenge of public speaking. The study states:

“Generalized Social Anxiety Disorder (SAD) is one of the most common anxiety conditions with impairment in social life….Pretreatment with CBD significantly reduced anxiety, cognitive impairment and discomfort in [participants’] speech performance, and significantly decreased alert in their anticipatory speech.”

CBD’s relationship with addiction has been tested on both humans and animals.

In 2013, a double-blind study published in Clinical Psychopharmacology found that CBD was linked to decreased nicotine addiction. The study states:

“Over the treatment week, placebo treated smokers showed no differences in number of cigarettes smoked. In contrast, those treated with CBD significantly reduced the number of cigarettes smoked by ~ 40% during treatment….These preliminary data, combined with the strong preclinical rationale for use of this compound, suggest CBD to be a potential treatment for nicotine addiction that warrants further exploration.”

Another study from 2012 conducted on rats found that CBD inhibits the reward-facilitating effects of morphine.

Cancer is a qualifying condition in nearly all 29 medical cannabis states in the United States. CBD is well known for its use in conjunction with cancer treatment to reduce pain and nausea and increase appetite for patients.

Both THC and CBD are known analgesics, or pain relievers. Several studies have been conducted on the drug Nabiximol, a cannabinoid extract containing CBD, and its effects on central and peripheral nerve pain, cancer pain and rheumatoid arthritis. Nabiximol, marketed as Sativex®, has been shown to be effective in relieving pain in all these areas. The drug has been approved as a botanical drug in the United Kingdom since 2010.

This particular study from 2014 also found that Nabiximol successfully helped with pain and daily spasms in patients with Multiple Sclerosis.

Many people have been exposed to cannabis’ medical efficacy through media reports on its ability to help people, especially children, with epileptic seizures.

A study published in May of 2017 found that CBD extract was especially effective for treating a rare form of epilepsy called Dravet Syndrome. The clinical trial included both children and young adults. Patients who took doses of CBD experienced half as many seizures per month as those who were given a placebo, and 5 percent of the group given CBD became seizure-free.

The Epilepsy Foundation has reported there are no medications on the market that can completely control seizures in children with Dravet Syndrome.

Can’t find what you’re looking for. Perhaps searching can help.